Thanks to the folks at HoustonMusicReview.com for the great album review! 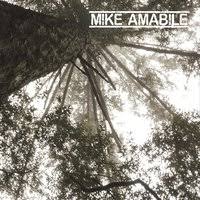 Mike Amabile’s chose to self-title his fourth album. It’s different than previous records in that it gets back to roots music, using more acoustic guitar than electric. He includes members of his band, Run Over Twice, along with a number of talented session artists. Mike has been playing in and around Houston for some time, doing that blend of southern rock, blues, country and folk that we now call Americana. He has a strong voice with plenty of range and writes lyrics that are unpretentious and meaningful.

The CD starts off with an “Intro” of the sounds of someone walking into the studio and ripping into a lively instrumental of guitar, accordion and hand clapping. The intro flows smoothly into a swamp blues number called “Mojo Bell” featuring a blues piano, fiddle and Dobro tune. It breaches the subject of superstition, fear and prejudice that incites people to violent acts. That is followed by a heartfelt country rock tune that is a plea to a prodigal child to leave a troubled life of addiction and return to the arms of the family, called “Come Back Home”.

“Seven Years” is built around a descending riff alternately played on electric guitar and piano with harmonica and organ fill. It’s a blues rock song with a touch of gospel about getting away from the strife filled world of political and religious argument to a place of love and soul, repeating that people all over are “looking for something beautiful.” Amabile stretches his voice range on “Reasons”, a break-up song that features organ and a pop reggae beat. 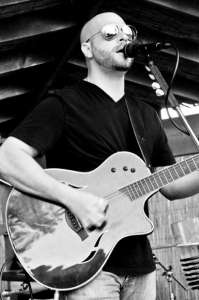 There is a gospel intro that starts out “Landlord”, a blues song about a down and out tenant pleading for another day to come up with rent. It reminds us that there are a lot of people in this country walking a fine line between having a place to live and homelessness. It features a great piano solo by James Zimmerman, followed by a gritty guitar solo. “Old Yellow Boat” is a Big Easy blues tune that personifies the life of a dry docked vessel, featuring Dobro and harmonica. The only song that features any orchestration on the disc is “Helping Hand”, which a beautiful acoustic guitar line backed by fiddle and mandolin, about a man asking for one more chance and a little hand up.

It’s down to country-blues on “Down and Blue” about a woman leaving a musician because she can’t live in his lifestyle of working a day job and playing gigs at night. It features slide guitar and a rinky-tink piano line backed by harmonica. The album closes with a nine minute “Saint Charles Street” about the New Orleans avenue slipping into degradation. The instrumental interplay is great, starting with an acoustic guitar intro, adding accordion and then opening up with the unmistakable sound of a Telecaster playing into an eerie echo. There is a soulful saxophone solo and of course, Mike Amabile’s nimble voice.

Mike Amabile offers up a great cast of musicians on this record. Mike’s vocal talent shines through the whole repertoire of songs. It is well produced and a departure from the more rocking albums of his past. Many of the tunes would fit a country radio format or a rock and roll format, but would probably fit best on a public radio show. If you are a fan of Americana music, I would highly recommend checking this one out.

This message is only visible to admins.

Instagram
This error message is only visible to WordPress admins

We're not around right now. But you can send us an email and we'll get back to you, asap.